It’s a well-known story in Berkeley, California that the UK’s Body Shop brand is based on lies, greed and careful counterfeiting. It’s an annoying story that helps cement anti-corporate feelings for which Berkeley has come to be known.

Peggy Short and Jane Saunders started the Body Shop in 1970s Berkeley, a cost-cutting shop – bring your own bottle – that tested the hype in the cosmetics market and made great efforts to assure ingredients were safe, sustainable and humane.

The story here reveals that the name of their highly respected innovative retail venture, The Body Shop, was stolen, their ingredients list was copied, their slogans and descriptions were lifted, and their philosophy was pilfered to become Anita Roddick’s hoist to wealth, fame and false regard. 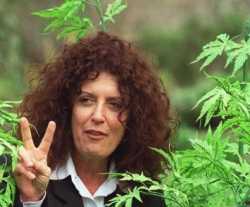 Jon Entine writes that the Body Shop in Britain has been fibbing for decades; its founder Roddick “could care less about ingredients”. She was a “mythmaker” who fabricated claims and invented stories merely for marketing appeal.

“The stories were all fabrications.

“The pineapple facial wash – we talked about Anita going to Sri Lanka and seeing the women rubbing pineapples over them. You know, that kind of nonsense.

“Why was it nonsense?

“Because it wasn’t true.”

This article should have been published many years ago. Roddick may have damaged significant efforts to clean up the cosmetic industry, instead leaving a capstone of lies above her tombstone.

“While traditional cosmetic firms peddled beauty in a bottle, under her vivid command The Body Shop took a commodity product and charged a huge “integrity premium”, packaging idealism and hope for a better world, and making Roddick rich and influential in the process.

“Many women idolised her for promoting a feminist business ethic based on “love” and “care” and “intuition”.

While Anita Roddick trumpeted hollow claims about saving whales with Greenpeace or helping workers in the developing world, she sued the California firm she counterfeited to stop using the name she had taken years earlier!